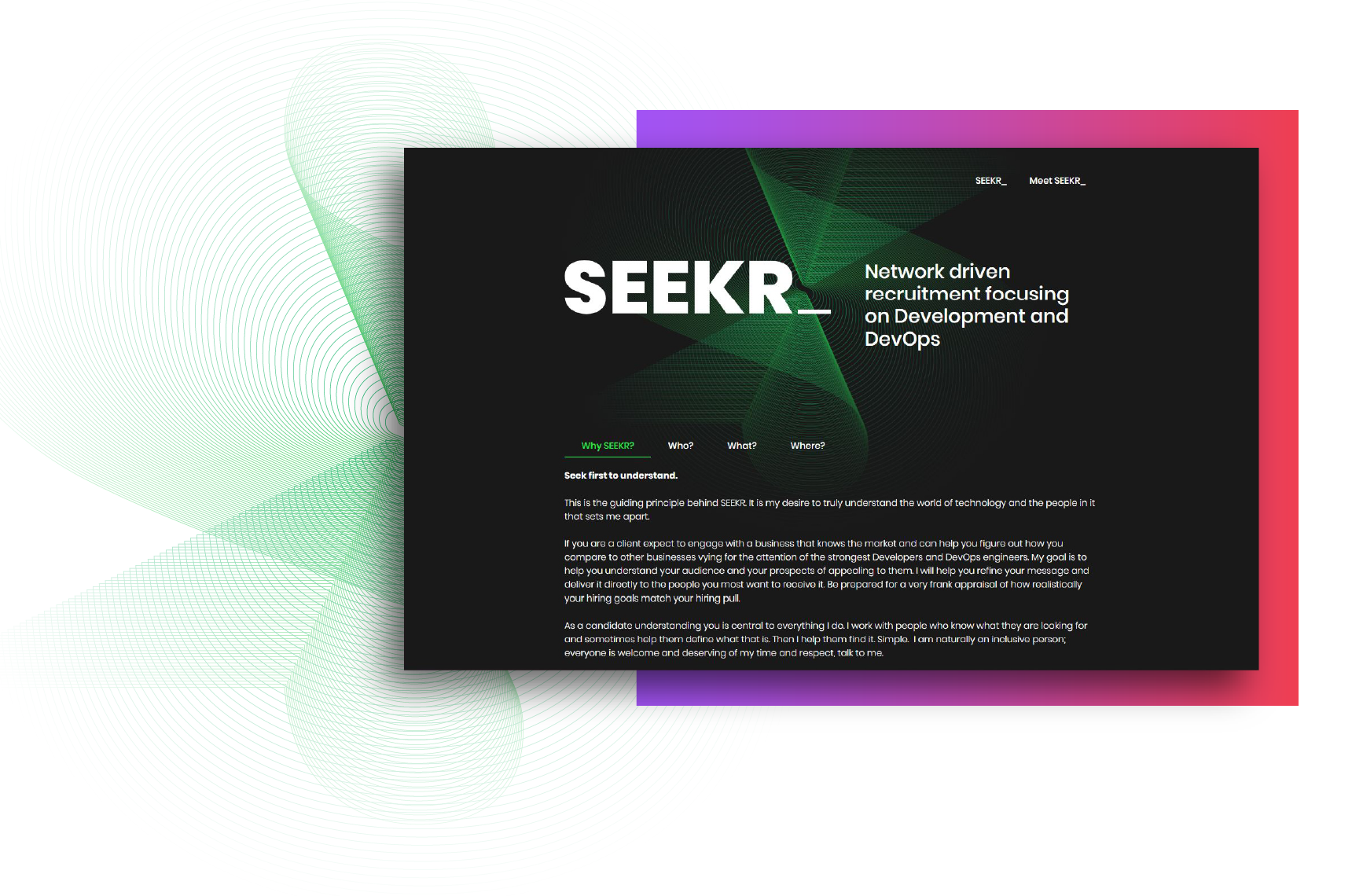 From the founder, "SEEKR is a recruitment company that resides somewhere between a network and a community it is partly a business and partly a social experiment. In the age of faceless communication through electronics and metric driven “talent acquisition” is there a place for putting people back at the forefront of what this is all about?"

Founded in 2019 by Oliver Short, after many years in the Industry with teams at Tecknuovo, Client Server and Mcgregor-Boyall, Oliver decided to take his experience and create something new in a marketplace dominated by algorithms and lacking that human touch.

If you ever meet Oliver, you'll soon learn he's a fan of getting things done quickly and his brand launch was no different.

He first contacted me asking if I could help create an identity for SEEKR, he had a few ideas but nothing concrete, he just knew it had to mean something and he wanted it to have a unique visual hook. Over a few days and I think one review session we settled on the 'Radar S'. It fit the brief for a few reasons, the most obvious being that SEEKR starts with an 's' (sometimes these things design themselves), the graphic style and effect implies a few things, the radar that he's always looking for the best talent in development and the best positions for his clients to connect with and progress their careers. The 's' gradually getting smaller, which helps define the radar effect is also symbolic of Oliver's focus on seeking out (see what I did there) the best of the best.

At the time Oliver contacted me, I had just started experimenting with WebFlow, if you don't know it I highly suggest you take a look. He needed an online presence for the business and as with most start-ups, controlling spend was important, I convinced him to let me build out a site on Webflow, worst case scenario, he has a fully designed interactive prototype to share with a developer to get the site built in the traditional manner.

Over the next two days I managed to design, build and launch the SEEKR site you see now. It's basic I'll admit but we didn't need masses of functionality or interaction, what we did need was something unique and not based on a template

Although this was a short and sweet project, I've included it because it represents what I enjoy most about working as a consultant. The ability to partner with new and developing businesses, helping them get their start or achieve their vision while working as a partnership. 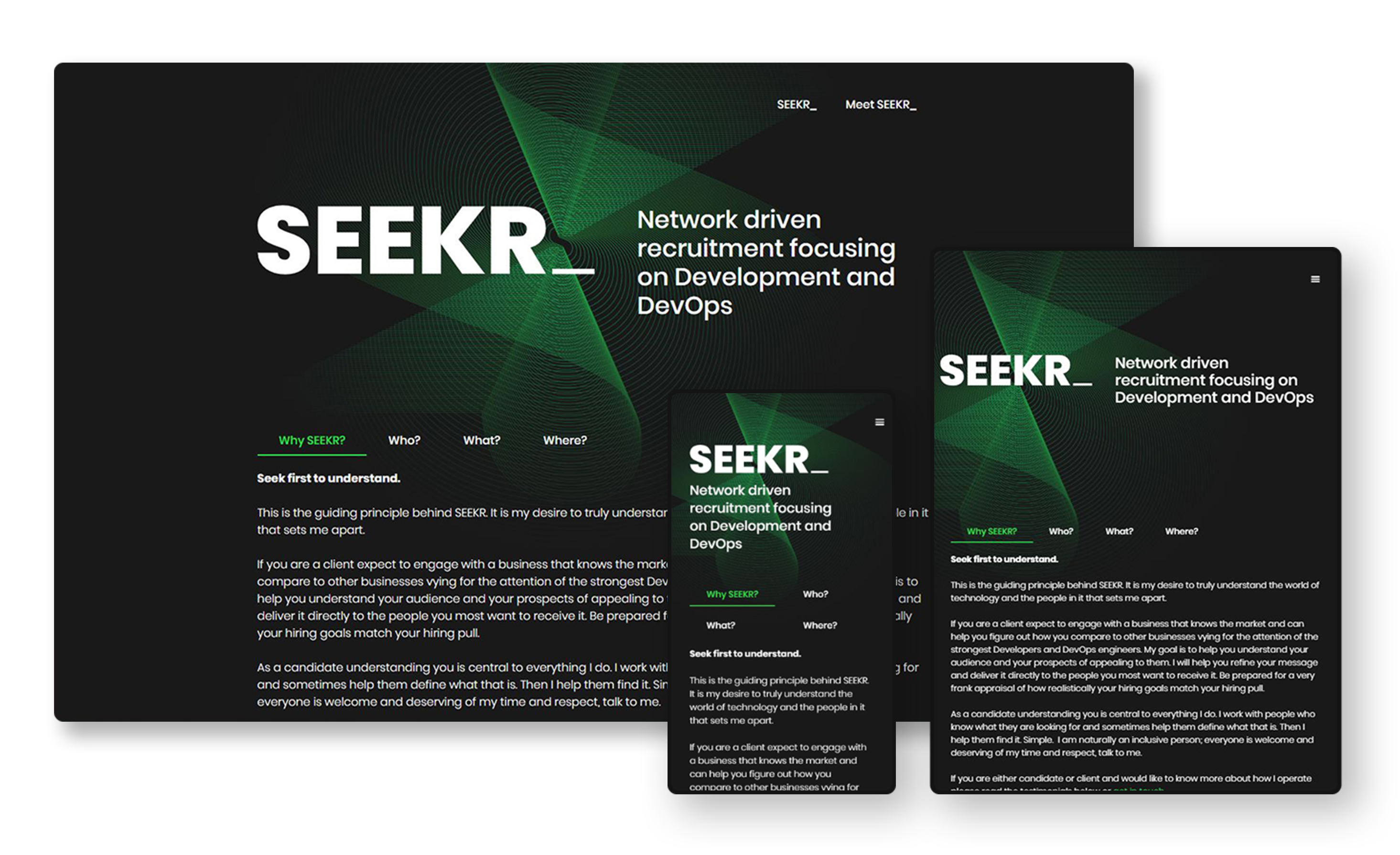 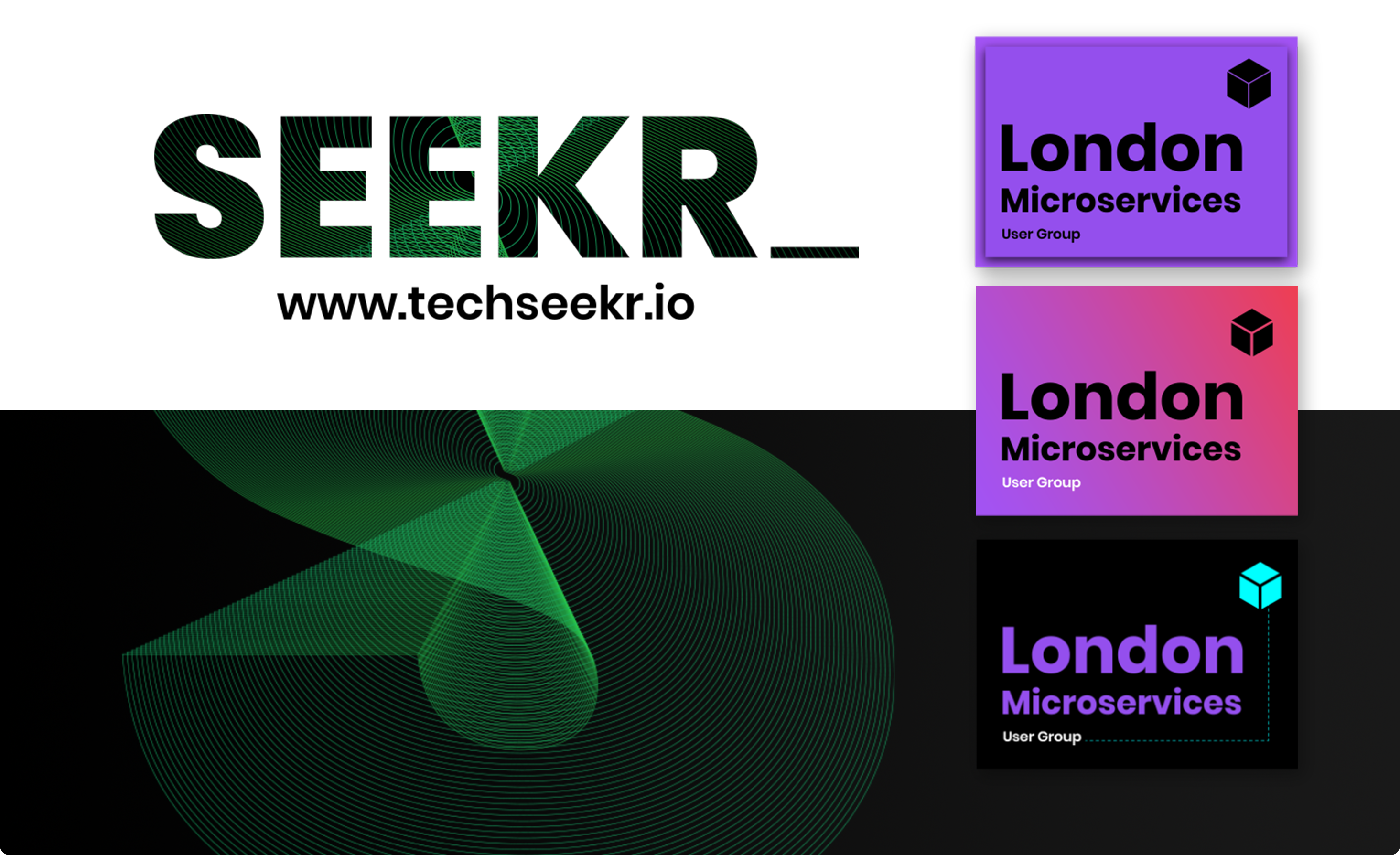